Winter Solstice 2020: The beginning of a new era in human life

Winter Solstice 2020: The beginning of a new era in human life 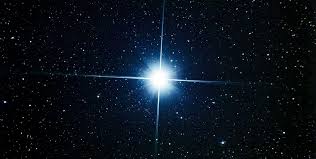 We will be witnessing something extraordinary with the Jupiter/Saturn conjunction on December 21, 2020. In fact, they are so close they will look like one bright light in the night sky – some have compared it to the Star of Bethlehem. Some have called it the Star that begins the Aquarian Age. They have not appeared this close, as if one light instead of two, since the year 1225.  In any case, it is something wonderous to behold, both physically and spiritually. An opportunity to create the future we want. So, if your skies are clear on the nights of December 20 and December 21 (depending upon where you are in the world) take a look up to behold this beautiful symbol of new life.

As many of you know, 2020 has been a year of many endings, correlating to the many planetary cycles that were in their ending phases. Three outer planets wrapped up a 20-year cycle, a 13-year cycle and a 36-year cycle. And the new conjunction, on the Winter Solstice 2020, begins a 20-year, a 200-year and an 800-year cycle.

What does this all mean? We are obviously on the brink of something new, something we are all collectively in the process of birthing at this very moment. And like most births, there is excitement in the air, the hope of unlimited possibilities as this “child” comes to life. The coming decades will see this child grow into its potential.

2020 brought a triple conjunction of Jupiter, Saturn and Pluto in Capricorn delivering limitations, shut-downs, physical debilities, economic hardship and relationship re-set for so many people around the globe.  But through it all we became resilient. Many people adapted and many people even derived solace in the time of social distancing with an unprecedented opportunity to actually slow down the pace of life.

What many people realized from this, was that they could adapt. They could figure out how to work within the mandates of social distancing, quarantine, even lockdown. Some could. Others could not. Thus, we saw the eruption of much civil and social unrest. To wear a mask or not to wear a mask? Who could have conceived that a recommendation from health professionals looking out for our well-being, to keep oneself safe and to keep others safe from us would be construed as an act of taking away one’s personal freedoms? This is an issue that will continue to grow and come to a frightening confrontation.

2021 demands that we bring into place ways to adapt to and adjust to the new paradigm that is before us. If 2020 was about endings and about realizing that some of those endings could actually benefit us in the long run, then 2021 will allow us to look forward with the new cycle of Jupiter and Saturn while simultaneously ending the old cycle (3rd quarter square) of Saturn and Uranus. We are in an opening cycle and a closing cycle. Something is dying – but something new is being born.

I have often thought of the astrological framework as a theatrical production. The planets are the actors, the signs are their chosen costumes, and the houses are the stage setting. If we look at the planets that took the starring roles in the year 2020,we would have to acknowledge Saturn as the lead player with Jupiter and Pluto as the co-stars, but all still answering to Saturn in his ruling sign of Capricorn.

2021 gives us a new costume for Saturn—Aquarius rather than Capricorn. And Saturn is confronted three times in the new year by Uranus, the planet governing Aquarius. So the stage-hands are now, busily working to re-set the environment that will define 2021.
It’s no secret that Uranus likes drama, action, change and revolution. Sometimes Uranus comes to us from left field as a total surprise. Other times Uranus comes to us as a welcome change, one that we have been seeking for a long time. Saturn and Uranus will be in a year long duel with one another to shift the scene. Forget the past. There’s no turning back.
The three exact squares from Saturn to Uranus will take place on:

Saturn loves structure, tradition and “in the box” thinking. But what seemed to be working for us before 2020 may no longer work after 2020 and Uranus is here to ensure that we do not regress into what was comfortable, but no longer sustainable. Uranus is helping us transition into this new era for human life, this new era for the earth. Uranus is in the earth sign Taurus and this will be the moment that Earth itself takes a starring role, perhaps with continued environmental degradation AND with new technologies that bring a more sustainable way of life for all.

In fact, of the entire 7-year passage (2018-2025) of Uranus through Taurus it is 2021 that may be its most defining moment because of these three squares to Saturn. At no other time during its seven-year passage through Taurus will Uranus encounter another heavy-weight planet in a heavy-weight dynamic pattern. Saturn and Uranus represent the duel of the Olympians with the Titans. It’s a fierce battle between powerful entities that want to retain control and a younger, fresher generation whose main objective is to overthrow the old laws and bring new vision to humankind, birthing a new way of being.

In any case, 2021 will not be dull and boring. Get ready for an electrifying ride through space as new frontiers open for us and we explore distant worlds (paraphrasing from Star Trek’s mission), to go where we have not gone before.

Alexandra Karacostas joins Arielle Guttman in their third annual preview of the year ahead. This year’s will be an online gathering through Zoom so people from all around the globe can participate! For registration and details email: arielle@SophiaVenus.com or alexandrakaracostas@yahoo.com.

Join this event for presentations by an amazing line-up of astrologers discussing important themes of our times. Arielle will be one of the track leaders in a 3-day, 4-hour per day immersion into the Venus cycle, the Venus Star and the Venus Star Points. If you want to be part of this special immersion event, please register early as the immersion tracks are limited to 14 participants.