Beginning May 15th and running through June 27th, Venus will be in
retrograde.

Retrograde, the apparent reverse position of a planet from Earth’s view, is
a phenomenon we are just beginning to understand and use in a productive
way. With each planet, the retrograde means something a little different.
For instance, when Mercury, the messenger planet  is retrograde, people seem
to “know” it intuitively, because that’s usually when communication and
transportation break-downs occur more frequently.

When Venus turns retrograde, we take a closer look and may reverse our
feelings on things that once were pleasing to us — our core values.  This
may point to relationships, investments and possessions. Do they still mean
the same to us as they once did? Do we still need them, and if so, do we
need to make adjustments in order to preserve them? Are we paying a higher
price to have them than we know? So, if the things we value most in life are
under microscopic scrutiny during the Venus retrograde period, we might even
adopt an ancient practice that was in place for the Venus retrograde period
and try to live without those “things” or live in a much simpler way during
this time period. As to relationships — it’s not necessary to live without
them — but it might be helpful to spend more time in solitary, in a place
that allows us to listen to the heart’s promptings, without too much outside
distraction or interference.

Venus goes retrograde once every 1.6 years
…(a mathematical value known as “phi”). At a fixed position in the sky,
Venus will begin to slow its speed, appear to stop and reverse direction
before she turns back around and picks up normal speed again. This year it
happens for 44 days. Most of the time it occurs between 40-42 days. If we
were to mimic the pattern of Venus, we too might do likewise. The 2012 Venus
retrograde cycle is more important one than we’ve had for more than a
century, since incorporated into it is the Transit of Venus (see
www.transitofvenus.org).

The “Transit of Venus” — June 5-6, 2012
In 2004 we witnessed the first transit of Venus in our lifetimes. This is
the second, as they always transit in pairs. What is the transit of Venus?
It’s akin to an eclipse. When we view an eclipse of the Sun by the Moon, we
are used to seeing the solar disk partially or entirely in shadow because of
their relative size. With Venus, we will observe a small black dot moving
across the solar disk, similar to the image below, taken by NASA during the
2004 Transit.

Venus changes phases and changes signs
At the occurrence of the Venus transit in June, Venus will move from an Evening Star where it has been shining ever so brightly for these last eight months, to a Morning Star. That means that you will not be seeing it shining brightly after sunset in the western sky for awhile. Now, look for it in the east, before sunrise, about a week to ten days after the June 5th cazimi, when Venus, moving in retrograde motion, “kisses” the Sun, moving in direct
motion. This is a conjunction and for a few hours will be a “cazimi” at which point the Gemini Star Point will occur. The Venus Star Point (R) is what is produced from this kiss of Venus by the Sun. It is one of five Morning Star cazimis that will, over an eight year period, trace an almost perfect pentagram – five pointed star – around the zodiac. The last Morning Star cazimi occurred 1.6 years ago — October 28, 2010 — when the Scorpio Venus Star Point was initiated. In observing the effects of the cazimi, it is clear that they are powerfully energized, sensitive points which will respond to transits by other planets passing over the point. For an indepth analysis of this point, see _Venus Star Rising: A New Cosmology for the 21st Century (2011, Sophia Venus Productions).

If you know the sensitive degrees of your own chart, check out the table
below to see how Venus and her Star have been orbiting in your own personal
world for these past eight years. Keep in mind that the Venus Star Points
referred to in this way are usually NOT your natal Venus position, though in
rare cases they can be, when you are born very close to the Venus Star Point
date. If you know the zodiac, draw a circle with the twelve signs and
connect the dots between these degrees. A beautiful five pointed star
appears. This is unique to Venus — and though the other planets have their
own beautiful patterns, none other than Venus creates this five-pointed star
in its orbital cycle.  MS=Morning Star; ES=Evening Star:

Other Planetary Activity accompanying the Venus Retrograde Cycle
There are some other very unusual planetary occurrences operating during the
Venus retrograde cycle, including:
May 15        Venus turns retrograde
May 20        An Annular Solar Eclipse at 0 Gemini
June 4         A Partial Lunar Eclipse at 14 Sagittarius
June 5         The Venus Transit
June 20       The Summer Solstice
June 24       Uranus squares Pluto (1 of 7) — or — The First Drum Beat of
Change
June 27       Venus turns direct
All of these times are worthy of taking a ceremonial stance. Honor and pay
respect to them as if they were a holiday. One practice that is helpful
during amplified Venus periods such as this, is the Venus Mudra, as given on
pages 346-347 of Venus Star Rising. A short video appears here to help guide
you through it.

For more information on how the Venus Star Point is operating in the world
and in your personal life, check out the blogs at:
www.dev.sophiavenus.com 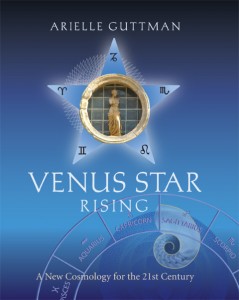 Venus Star Rising: A New Cosmology for the 21st Century