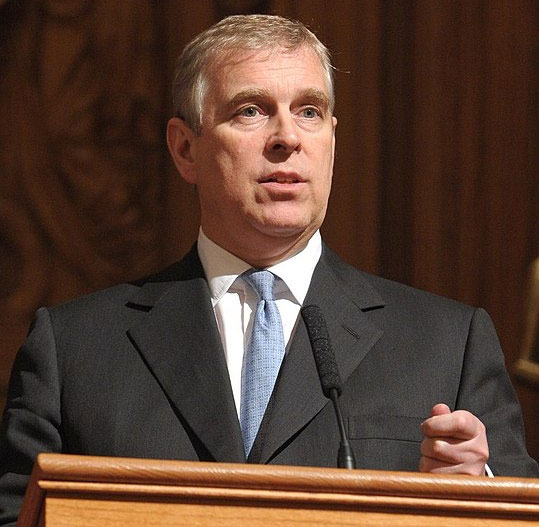 The current transit VSP will be in his natal 6th house of service and habits. Since it’s in the  sign of Capricorn – some past “habits” of his can come back and demand some kind of karma payback.

The transit VSP forms an inconjunct to his Descendent/Chiron ruler Uranus in the sign of Leo in his 1st house; also forming a sextile to Mercury in Pisces in his 8th which rules over his 2nd & 3rd cusp together with Pluto in his 2nd and north node in his 3rd. 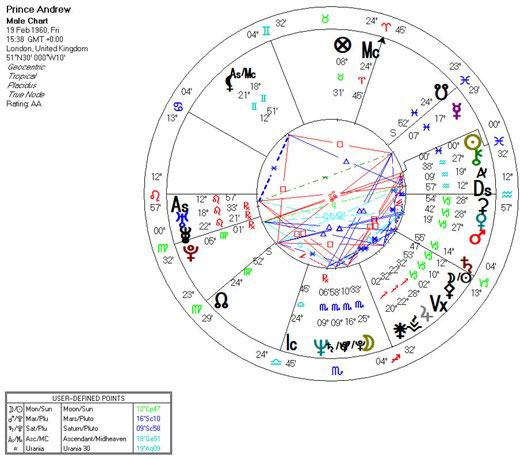 The contextual meanings and manifestations of what is going on for him now:

• Him losing his military roles and use of HRH title (highlighted Uranus ruling over his Descendent/Chiron with Uranus opposing Chiron in 7th both squaring his 12th house ruler Moon in Scorpio in his 4th).

• Reasons behind involves his connection to having some “sexual service” from a minor back then (transit VSP in Capricorn 6th sextiling Mercury in Pisces ruling over his Pluto/2nd cusp). The minor back then – Virginia Giuffre is now serving legal papers against him for what happened (transit VSP in Capricorn 6th sextiling his 3rd cusp/North Node in Virgo that is trining his Saturn in Capricorn ruled Mars-Venus-Ceres conjunction in 6th also – (service “stuff” pertaining to an older man & a younger girl who’s “groomed” to provide)).

• Also, transit Pluto has been squaring his Midheaven since late-2019; Solar Arc Moon is also conjunct his natal Midheaven ruler Mars – exact in April 2022, together bringing spotlight to his career/status/public reputation matters.

• On top of that, the upcoming Solar Eclipse on 30 April 2022 @ 10° Taurus also activates his natal POF-Neptune opposing in his 4th/10th house axis. Neptune in his 4th in Scorpio rules over his natal Sun/8th/9th/South Node/Mercury – suggesting that “buried secrets” that’s sexual in nature will need to face some kind of legal counsel since 9th house rules just that as some papers (Mercury) will be served to him. Having said that, in April 2022, the Jupiter-Neptune conjunction will enter this 9th house – in which his “dirty laundry” might get splashed all over the mass media (9th) with wide, far reaching effect since both planets Jupiter-Neptune are in good dignity sign wise to do just that.

• The Total Lunar Eclipse on 16th May 2022 @ 25° Scorpio tightly conjuncts his 12th ruler. Though 12th house can be serving time in jail, it can also simply mean to keep a super low profile from the public at large.

• That square of his South Node to Black Moon Lilith in Gemini in his 11th (forbidden fruits in “young/youthful/underage ones” as his “friends with benefits”) & his 9th ruler Jupiter in Sagittarius (law/legal stuff) indicates his potential downfall. When I think about this configuration, this syncs with him landing in court for being part of the “Lolita Express” (very literal representation of Black Moon Lilith in Gemini squaring nodal axis with Jupiter in 6th involved (legal justice from soliciting services)).