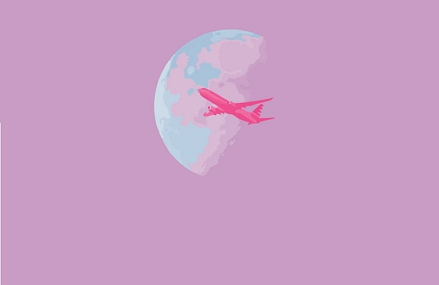 Is it June already???
If you’ve been watching Venus you have probably noticed that she is slowly beginning to catch up with the Sun. While she won’t make the exact “kiss” with the Sun until mid-August, she is now gaining speed and chasing Helios on his gleaming bright chariot. Helios’ chariot is on cruise control, set at nearly a fixed speed throughout the year, while Venus appears to stop completely, during her retrograde, and then accelerate rather quickly once she gets going again. And she’s going again! But this is the first month, since last fall, they have occupied the same sign – in this case it will be Gemini.

Venus began the month of June (the first week) still in Taurus, her home sign, where she delights us through the beauty of nature and brings out her spring/fall color selection of brilliance. She has also been spending time in Taurus dealing with the budget, securing her finances, perhaps reviewing her spending habits and patterns. On June 1st she had her monthly meeting with Luna, where both were feeling pretty good, being in a sign they love – where Luna is in exaltation and Venus is in domain.

Now, as we enter the second week of June Venus comes into Gemini, the sign of the Twins, a sign governed by Mercury, the wing-footed messenger god. This is where she becomes an important word-smith. She wants to open up and express herself, either in verbal form or written form and she has a lot to say! So let it out and if you’re on the listening end to someone who needs to let it out, try to realize this is the appropriate time for them to do so, even if it does seem like an endless river of words and you just wish they would stop.

Venus in Gemini likes to be multiply engaged—where variety is the spice of life. Whoever said that must have had Venus in Gemini. That doesn’t necessarily mean she cannot be faithful to one partner, but rather she loves to converse with and connect to many people even if she is humming the tune of monogamy and fidelity.

If your child has Venus in Gemini, they are possessed of a sharp and quick intellect and will move from one thing to the next even more rapidly than children often are prone to do. Reading and language, even multi-lingual skills are great, bankable assets to possess for a Venus in Gemini person. Venus brings in the artistry of this combo and the person can be quite gifted as an illustrator or writer, remembering that a picture is worth a thousand words, but knowing V in G, she will take the 1,000 words to express it!

In Gemini, Venus may want to take an air or road trip. Gemini loves road trips in order to take in all the sights along the way, stopping here, stopping there, doing this, doing that and gathering up as much data as possible. She’s in her “touring” mode here. That speaks more to a road trip or adventure to parts as yet unexplored. But while Venus is in Gemini, let’s not forget it’s an air sign so air travel might be preferred.

As noted above she and Helios spend some time together in Gemini, from the 8th to the 21st of June as she begins to gain ground on the Sun. What are her desires here and how will she best manifest them? Gemini is first and foremost, a sign that loves to collect information and knowledge. She may be scouting out summer reading, checking into some online courses, learning a new language, enrolling in a program that is mind-enriching and helps build a skill set for inclusion on her resume or for future opportunities that might open.

June is typically the month we honor graduates, fathers and celebrate the summer solstice. Venus’s heart is set on the next big adventure. Where’s she going or what is she planning to accomplish in a far-away destination?

The association to Gemini and flying cannot go unmentioned here. With Venus in Gemini these well-known aviators took to the skies:

Amelia Earhart, with Venus in Gemini was an early aviation pioneer who charted new milestones as the first female aviator to fly solo across the Atlantic Ocean. Her plane disappeared over Howland Island in 1937 and her remains have not yet been found. She was hailed early on, not only as a woman who performed masterful feats, but was instrumental as a writer, advisor and role model to future female aviators.

John Glenn, another one of our Venus in Gemini individuals, doesn’t need much introduction or explanation. As a WWII fighter pilot, he received multiple awards for bravery and successful aeronautic missions. As part of the Mercury 7 program, he made history as one of the first American astronauts to chart new territory. He circumnavigated the Earth, and concluded a distinguished air career by entering politics.

Richard Branson, with Venus in Gemini, as one might suspect, is the founder of multiple enterprises, including Virgin Records and Virgin Air and more recently Virgin Galactic with a spaceport in the Mojave Desert.

Then there’s Harrison Ford, who most of us know as the pilot Han Solo from Star Wars. With his side-kick Chewbacca “Chewy” (Geminis usually have a side-kick) they saved the Rebel Alliance from the Evil Empire in some breath-taking aerial acrobatics.

Tom Hanks, another individual with Venus in Gemini, has received too many awards to count, for his portrayal of very diverse characters in numerous films. More recently he portrayed pilot Chesley “Sully” Sullenberger who safely landed his aircraft after both engines were disabled from a flock of flying geese. Miraculously, Sully brought the plane, its crew and all the passengers to safety on the Hudson River and became the next American “hero”.

Venus Williams is one of my favorite Venus in Gemini individuals, as she was born very close to the conjunction/cazimi of Venus and the Sun. This is called the triple-crown of Venus: the Sun, Venus and Venus Star Point, all very close together in the chart. In her case they are 2° apart from one another, at 22, 24 and 26 Gemini.  Her Gemini-like agility, flexibility and quick responses have helped make her one of the most legendary tennis players in the world, breaking multiple records and receiving numerous honors.

Other Venus in Gemini individuals include:

Bob Dylan – who, you could say, had a “way with words”

Rudolph Valentino – the heartthrob of the 1920s silent film scene. No talking necessary for him to communicate the magnetism and power of his thoughts to fainting women everywhere!

JFK and Jacqueline Kennedy – both had Venus in Gemini

6/1—Moon conjunct Venus—the two grand ladies of the sky converge in an awesome display of loving and supportive energy.

6/1—Venus quincunx Jupiter—these planets can both be excessive, but with the quincunx from Taurus to Sagittarius there is a requirement to make adjustments in long-term planning and financial security. What changes occurred in our thinking at that moment?

6/2—Venus trine Pluto—whatever changes occurred from yesterday’s aspects, probably resolved fairly well with a closing trine to Pluto as her last statement before she left the sign of Taurus. From her position in Taurus to Pluto’s in Capricorn, some long-term, sensible and practical economic decisions can be made.

6/8—Venus enters Gemini—the sign of the Twins. She will be in this Mercury-ruled sign until July 3rd. This period favors, intellectual inquiry, open communication, travel, adventure and spontaneity in all matters of the heart.

6/12—Venus opposite Ceres—Gemini to Sagittarius where Venus may have many different options on her mind as to “what if” and “maybe” and “I don’t know”, but Ceres in Sagittarius might help direct her to the bulls-eye, to hitting the main target of her desire.

6/13—Venus sextile Chiron—this supportive energy can be used practically as a good time for healing the heart, or engaging in an activity that clears the blockages to the heart. A massage might be in order today.

6/15—Moon opposite Venus—Similar to 6/12—but for a briefer span of time (a few hours rather than a few days) the Gemini to Sagittarius aspect may help clarify all the choices available now. But the moodiness and temporary outburst of an aspect like this might leave some regret in its path because of ill-spoken words and angry reactions.

6/18—Venus trine Pallas—Here’s the goddess of wisdom (Pallas Athena) helping Venus negotiate a good strategy. They’re both occupying air signs now, Athena has just moved Direct and can engage in a good conversation that can lay down a sound plan for the future.

6/23—Venus opposite Jupiter—From Gemini to Sagittarius, re-visiting the aspects from both 6/12 and 6/15, there is, from Jupiter’s point of view, a more direct way to reach the goal than the way Venus has been going. Jupiter can help Venus bring in a higher-mind perspective to something she has just been seeing only fragments of. Trust the higher mind’s guidance now, even though it may seem counter to where things were heading.

6/23—Venus quincunx Saturn—From Saturn’s ruling domain of Capricorn, he instructs Venus to get a bit more organized and straight-forward about her intentions, even if Saturn can seem somewhat cold-hearted in its approach. Here is where sound guidance comes through, but Venus comes from the heart and helps Saturn understand the relational connection. And, if the two cannot meet eye-to-eye, then it must be recycled or left behind

6/24—Venus square Neptune—Romance is in the air, but what type of air is it? It could be sort of misty and unclear with Neptune in Pisces, raining down on airy Venus in Gemini. Venus and Neptune, in whatever aspect, always caution us to read the information more carefully. If it looks too good to be true, it just may well be!

6/27—Venus quincunx Pluto—the final aspect from Venus in Gemini is to Pluto in Capricorn. Can we leave this period feeling lighter because of the baggage we’ve just unloaded, or do we feel empty without what we once thought we had? Probably a little bit of both, but trust that Pluto only eliminates what is necessary in the evolutionary path and whatever needs to be left behind, will. And that’s why there’s digital memories.

Then, Venus leaves Gemini and on

7/3—Venus enters Cancer—the sign of home, family, food and get-togethers, just in time for the 4th of July weekend celebrations. But do remember that Venus in Cancer is over-flowing with feelings more abundantly than just even a day or two ago and that listening in a heart-felt way could be much more rewarding during this time.

Upcoming Events with Arielle and The Venus Star Point

See the events page For these events and more!