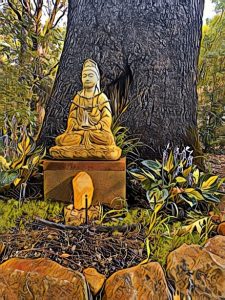 Virgo and Libra play a starring role in this month’s planet line-up. We begin the month with Sun in Virgo, Moon in Libra. There’s a party going on, hosted by Virgo now, as the month of September begins with Venus in Virgo joined by Mars, Mercury, Sun and Juno! Midway into the month on the 14th, she crosses the equator on the vernal equinox and enters into Libra. Thus she will be thinking of and preparing for seasonal changes.

Virgo is traditionally thought of as Mercury’s domain and this can be fully understood by the sharp, analytical processes Virgo is capable of. But there’s another ruler (guardian) of Virgo and that is the asteroid Ceres (Demeter) who, like the icon of the goddess holding harvested wheat which has depicted Virgo for so long, it is the very goddess herself, Ceres, from whom this image is derived. Therefore, it is fitting and natural that this Olympian goddess belongs to Virgo.

Keeping books, records, accounts and expenses are no stranger to Virgo’s domain. The goddess in charge not only grew the grains, she also sold them. Venus in Virgo can bring wealth to the farming/harvest part of the operation at hand. Venus in Virgo has a sixth sense when it comes to keeping track of the books. For this reason she may come off to others as a tight-wad or even a constant worrier about financial matters, whether or not it is an issue.

Yet there is another side to this. Venus in Virgo is also someone who can become fabulously wealthy. First, she is smart and learns how to problem solve or figure things out very early in life. Next, she possesses many skills, is quite employable and more often than not, can oversee her own enterprise. Think of these Venus in Virgo CEOs: Henry Ford, John Jacob Astor, George Westinghouse, Barron Hilton, Lee Iacocca, Louis Vuitton, Lucille Ball—all of whom headed businesses that became magnificent enterprises, worth millions. Venus in Virgo is our working guy or gal, and most often, she loves her job.

On the day she opposes Neptune in Pisces (the 4th), she will be tempted to invest in something big, an idea she may have been dreaming of for awhile. This is not to say the projection will not meet reality, but she needs to know about this aspect, as there is a fair chance she will be seduced or enchanted enough to buy the lot before realizing what she has done. In this case a good investment might be to sharpen her already sharp toolbox of equipment, skills or knowledge. Venus in Virgo often has a mile-long resume of experience and know-how and she values that greatly. This can be the time she gets the job she’s always dreamed of.

My take on the polarity between Virgo and Pisces (and also Aries and Libra) is that these signs demonstrate a stronger reaction to one another than the other signs of the zodiac, because they sit on the spring/autumn equinox, equal/day-equal/night axis of the wheel. The antidote to the excess of one is the blending in of the other. Not always an easy assignment but necessary nevertheless. Virgo attracts Pisces, Pisces attracts Virgo, for their own fine tuning. One of the ways Virgo calms down her busy mind and nervous system is through a deep and steady meditation practice. The above illustration depicts the perfect resting spot for Venus in Virgo, in a serene forest or woods, surrounded by plants, hearing only the sound of the birds and the rustling of the branches swaying gently to the breeze.

The 14th brings some exciting, unexpected and table-turning news with four planetary oppositions from the Full Moon, along with Venus and Mercury both entering Libra and Mars opposite Neptune that day. The call to action for a worthy cause or the letting go of a project that didn’t quite live up to its expectations can show up. It’s as if the players in the planetary sphere are lining up in formation to begin something important and enlighten us with information we previously did not have.

The last half of September is the time that Venus transits 2/3 of the way through Libra. The equinox is upon us, and Venus delights us in her own sign. She reminds us of our inter-connectedness and how valuable our close relationships are. She may also remind us that a little separation in our closeness can be a good thing.

The influence of the current Leo Star Point lasts until May/June 2020 when Venus enters Gemini, begins her 40+ day retrograde period and become the Gemini Star Point. But until then both the Leo and Virgo Star Point individuals are in their “moment” now. Leo is the same star point as Virgo, a continuation. That shift occurred in 1987.

Think of these next several months, no matter where Venus or the other planets are, of the Leo Star Point influence operating behind the scenes. Since mid August, Venus has been hiding behind the Sun, invisible to our naked eye. But by late September she will grace us with her evening appearance and start dazzling as bright as can be in the western sky, just after sunset. In this position the ancients named her Aphrodite Urania, or the Celestial Venus. Here, she challenges the worker-bee to soften up and get cozy, gaze at the stars and remember the infinite cosmos is one with us. 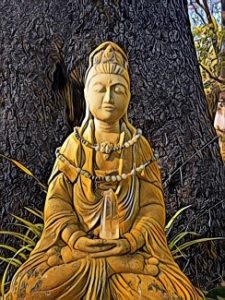 April 26-May 10, 2020 – Healing Sanctuaries of Greece, Ancient & Modern. Interest in this tour is high. Put your name on the list if interested as we believe it will fill up quickly. Here is the flyer. Healing Sanctuaries Flyer. More details to come in October.

The February 2020 IVC Conference in India has been postponed to a date later in 2020. Stay tuned for more information.

The Venus Book…Great News! The 1st printing has been sold out and is no longer available except for used versions. But the 2nd printing is scheduled to come out THIS WEEK! It should be live on Amazon by September 3rd, so if you’re a member, you’ll be able to have it very soon. Here is a link to Venus Star Rising on Amazon