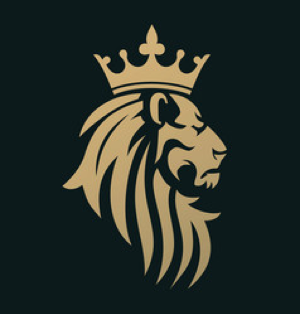 (If you prefer listening to this as a podcast, where Catherine Boyer interviews Arielle on the whereabouts of Venus each month, click here)

August is an exciting month for Venus as she smooches the Sun mid-month and a week later she’s frolicking with Mars! In between, she dances with Juno on the last degrees of Leo. That’s three giant celestial kisses for Venus in August, although they might come off more as stellar smacks.

Since June, when she was in Gemini, Venus has been quickening her pace, catching up to the Sun. Now they are both in Leo, and between August 13-14, Venus makes her cazimi (kiss), or as we Venus lovers know, her next Star Point in Leo. Then, a week later, after she enters Virgo, she will rendezvous with one of her favorites—Mars—who also recently entered Virgo.

So what can we expect from loving Venus in bold and dramatic Leo?

If observing those in the entertainment field, we won’t exactly find wall flower types with Venus in Leo. Whether or not they are self-aware, they appear to the world as attention-grabbers. We feel compelled to watch them as these mighty Leos express a confident style and pizzazz. And, they’re nothing if not bold and dramatic in the personality department.

Many of our Venus in Leo personalities have expressed theatrical, attention-grabbing statements in art, design, literature and music.

Among them are Andy Warhol, Antoni Gaudi, Truman Capote, George Bernard Shaw, Percy Bysshe Shelly, George Sand and Leonard Bernstein. Gaudi, a Cancer Sun, created a monumental and unforgettable cathedral called “Sagrada Familia” (Sacred Family). Shaw and Bernstein were Leo Suns which influenced their Venus in Leos to be even more dramatically stated. When you think of waving your baton and conducting your own orchestra, who comes to mind? For me it’s always been Bernstein. And to quote Shaw, “Life isn’t about finding yourself. Life is about creating yourself”—good Leo philosophy. On the pop scene, we notice powerhouse vocal chords and entertainment pizazz as Venus in Leo manifests in the likes of Madonna, Whitney Houston, Van Morrison and Bill Haley. Madonna and Houston are both also Leo Sun signs which provide them a combined energy of bona-fide Star Power.

So what gives Venus in Leo that head-turning style, charisma and non-stop attention-getting persona? Well, it’s the Lion, after all. In fact, Helen Reddy’s lyrics “I am woman, hear me roar” come to mind – as well as the discovery of courage one never thought they had. The cowardly lion from the Wizard of Oz was searching for courage and by taking a risk and joining young Dorothy & her friends on an unknown path and ultimately discovered the bravery he was seeking was something he’d always had within yet just didn’t know how to access. Venus in Leo has the courage to adventure down that very legendary Yellow Brick Road.

Additionally with Leo energy comes a sense of pride as displayed by those lions who don’t have to go searching for their courage. And therein is the fine line … too much of this cat-fire, coupled with this strong will, might make them feel superhuman and afar and above from the rest of the crowd.  Hence the independent Lioness?

Venus remains in Leo until the 21st of August when she enters Virgo. Mars enters that sign just a few days prior on the 18th. One might feel the seasonal shift then, a feeling that summer is over and it’s time to get back to work, school, and more serious concerns. And on the 24th Venus and Mars have their special rendezvous, bringing a caravan of passion, light and excitement to the Virgo house in your chart. It’s also a time to get organized in the more practical concerns.

Reflect back on October 2017, when Venus and Mars last met (also in Virgo) through late 2017 and into 2018. How did it affect the house that Virgo occupies for you? You may see this illumination once again as both Leo and Virgo are lit up now as the Star Point transitions to Leo.

Now that we’ve examined the transiting of planet Venus in Leo, let’s take a closer look at the Venus Star in Leo. What can we expect and how may we express the bold, creative, star-power energy that this Star Point has to offer? Be sure to remain mindful of the shadow side of Leo during this period as too much fire— expressed destructively rather than creatively – can be damaging.

The Venus Star Point has been in Scorpio since October 2018 and for the last 9 months, she has been activating a water sign, a yin and receptive sign that values privacy, intimacy (and some moodiness). For the next 9 months, from August 2019 to June 2020 she will be expressing herself through Leo. Leo is symbolized by the Lion. There is a palpable difference between the inner-focused Scorpio ruled by Pluto and the outer focused Leo, ruled by the Sun. Think of coming out of the dark underground places and emerging into the light above with this shift in Star Point.

This year’s re-release of The Lion King  brings us back to the time when it was originally released, in 1994, early on in the Leo VSP timeline. Additionally, you may recall there have been a succession of powerful U.S. leaders who display a strong dose of Leo through their personal charts – energetically reflecting the inception of the Leo Star Point.

First we had Bill Clinton, whose late degree Leo Sun was synchronized with the Leo VSP for the entire 8 years of his presidency. Next came George W. Bush, who had a much earlier degree of Leo Rising and held the office for the next 8 years and was subsequently trailed by Barack Obama, another Leo Sun, who presided for an additional 8 year run. Presently, we have Donald Trump with Leo Rising and natal Mars close by. That configuration suggests a military leader or general in battle—one who fights and wins, often through sheer intimidation. This is not to say Trump will lead for the full 8 years—but rather to comment on the present transit of the Venus Star through Leo and how it keeps presenting leaders who have a strong dose of that sign!

The VSP in Leo is urging us to express our creativity in ways that may not be entirely familiar to us. Experimental, self-expressive forays into the side of ourselves that we have either outgrown or never known before can be the right formula for success. If you don’t know where to begin, spend some time with a child you are close to. Observe their manner, demeanor and expression. What are they curious and passionate about? To to see life through the eyes of a child awakens the heart and inspires creativity.

The VSP returns to Leo every 4 years, alternating between Morning Star and Evening Star. This one is an Evening Star and though the Kiss of Venus & Sun occurs in mid-August, we probably won’t get a glimpse of her in the night sky until late September, maybe even early October. By then it will be hard to miss her gleaming presence in the night sky, about 1-2 hours after sunset, all around the world, continuing well into 2020.

Leo expresses itself through a yang sign (fixed fire) while the Evening Star acts in a more yin way. Evening Star Venus is often more concerned with partnership than acting alone. Her desire is to come blazing forth in a heart-centered way, and so however that may show up for you, it’s probably best not to turn your back on it!

The partnerships during this VSP in Leo at 21 degrees, involve a quincunx from Pluto and Saturn in Capricorn and Neptune in Pisces! That could feel monumental, overwhelming, filled with questions and some degree of uncertainty—nevertheless strong determination that there is a mission to be accomplished. Stay tuned to the what and why — just know that the feelings aroused inside of you to say “yes” to this is as mysterious and compelling as it can be. During the last 2-3 months of this phase as Venus ends her Leo Evening Star period and prepares to go retrograde, the fruit of this cycle can be harvested. After that she will renew herself by disappearing behind the sun once again and emerging anew in Gemini (April-May-June 2020).

There is a bit of strong determination and even letting go while rebuilding something new as indicated in this new cycle of the VSP. The Sabian Symbol for the Leo cazimi is “A Carrier Pigeon” so perhaps you feel driven to fulfill a mission at this time. The carrier pigeon is actively moving toward a goal to deliver an important message. The pigeon is not aware of what is contained in the message it is carrying – it just knows it has to complete the mission and reach its destination. With aforementioned planet Neptune, hovering between 18-21 Pisces, thrown into the mix, you might set your sails or GPS toward a special destination and trust the pigeon to deliver the message and trust yourself to be able to hear or see it when it arrives.

There is much more to discover about Venus and her Star Points. If you’re hungry for more about this coming VSP Leo Evening Star phase, please join me, along with three other Venus astrologers — Adam Gainsburg, Gemini Brett Joseph and Julija Simas, as we riff on this new Venus phase and take a closer look at her mystery and magic. Below is the link to the webinar which takes place on August 8th: cosmicintelligenceagency.com

The Greece 2020 tour is receiving a great deal of attention at the moment. It may fill up rather quickly. If you are feeling a calling to sail through Greece, place yourself on the list of journeyers. We will be exploring sacred sites, ancient and modern temples and spas of healing. We will be traveling through enchanted mountain villages and coastal paradisios. Follow this link and request to reserve a spot on our trip: Healing Sanctuaries Flyer

And to learn more about how the Venus Star Point operates in your own life, consider having a personal Venus Star Chart prepared for you. Follow this link for more info: sophiavenus.com/services